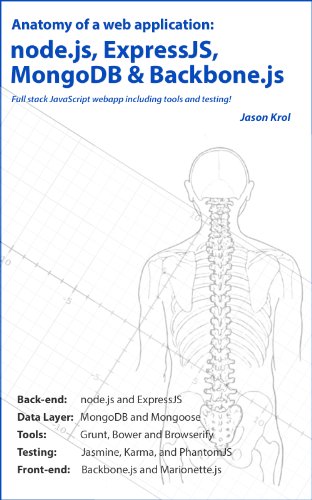 Lets dissect a super basic single page application (SPA) that is a simple Contacts manager. While the app is pretty simple, there’s actually a lot that’s involved. My goal with this book is to cover the entire stack of the application including; back-end, data, front-end, tools and testing. The project stack consists of the following core technologies:

I’ll go into detail on each of the above components comprising the “full” stack. Again, because its such a simple app, not a whole lot of time will be spent covering the bells and whistles of the user interface or how the app works because that’s fairly obvious (nor did I spend a whole lot of time on the actual implementation, as I didn’t want it to distract from the core of the app). Instead, I’ll go into detail covering every aspect of how the app was built and the workflow process using the various tools.

The end goal is to have a code base to act as a boilerplate starter for any new projects down the road. The code should be fully functional and complete, yet easily digestible. Ultimately, after you read this book and have a solid understand of everything under the hood, you should be able to simply clone the repo and start building your app!