The Changing Wealth of Nations 2018: Building a Sustainable Future 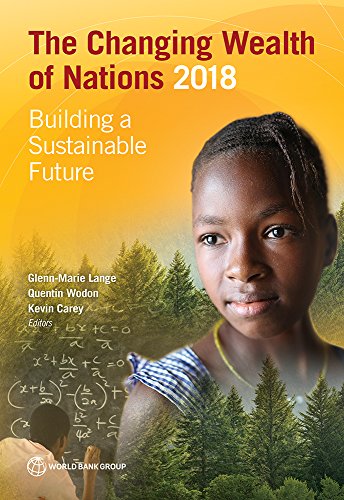 Countries regularly track gross domestic product (GDP) as an indicator of their economic
progress, but not wealth—the assets such as infrastructure, forests, minerals, and human
capital that produce GDP. In contrast, corporations routinely report on both their income and
assets to assess their economic health and prospects for the future. Wealth accounts allow
countries to take stock of their assets to monitor the sustainability of development, an urgent
concern today for all countries.

The Changing Wealth of Nations 2018: Building a Sustainable Future covers national wealth
for 141 countries over 20 years (1995†“2014) as the sum of produced capital, 19 types of
natural capital, net foreign assets, and human capital overall as well as by gender and type of
employment. Great progress has been made in estimating wealth since the fi rst volume, Where
Is the Wealth of Nations? Measuring Capital for the 21st Century, was published in 2006. New
data substantially improve estimates of natural capital, and, for the fi rst time, human capital is
measured by using household surveys to estimate lifetime earnings.

The Changing Wealth of Nations 2018 begins with a review of global and regional trends in
wealth over the past two decades and provides examples of how wealth accounts can be used
for the analysis of development patterns. Several chapters discuss the new work on human
capital and its application in development policy. The book then tackles elements of natural
capital that are not yet fully incorporated in the wealth accounts: air pollution, marine fi sheries,
and ecosystems.

This book targets policy makers but will engage anyone committed to building a sustainable
future for the planet.